I made a huge pot of chicken soup today. Thought it’d be a nice change from the peanut butter sandwiches and baked potatoes.   I love both but I was nutted out and didn’t want another baked potatoe.  Before I could get started I had to do a zillion things.  It was “Soup Process”.

I had to get veggies, noodles, bouillon, spices, organic chicken, ( No Kentucky Fried Chicken for me!)  Just like a painting, you can’t rush soup.  I boiled the chicken with the noodles, spices and the bouillon, plus carrot, celery, and onion.  While the pot simmered, I cut up fresh carrot, onion, potatoes and celery.  To this mix I added potatoes, corn, peas, diced tomatoes, salt and a few tablespoons of agave. After a couple of hours, I took the soup mixture and strained the liquid into the fresh pot of veggies.  I de-boned  and chopped up the chicken and added that, plus the noodles to the freshly cut vegetables and then simmered again for 30 minutes.

3 or 4 hours zip by.  You adjust, tasting the soup as you go.  But you have to be in the mood while you’re doing all this.  There has to be this driving desire to create this incredibly delicious soup.

A painting for me is a lot like soup. There’s this blank canvas.  You add gesso,charcoal, graphite, sandpaper, acrylic, oil  and what ever else you might want to try. Like soup, you know a basic recipe but will take your time and constantly adjust to how it taste.  This is where the magic ingredient is simple but so crucial.  It’s you,  all of you.

What do I mean?  Well, it’s kind of like that 1992 Mexican Film, “Like Water For Chocolate” based on a 1989 Novel by the same title.  The main character pours all of herself into her dishes.  Each dish goes through a lot of prep but the secret ingredient is her.  What ever emotion she is feeling is in the food and the characters in the story all respond to this.   It’s like there in the soup with her, swirling around in her head and in their own stomach.  Everyone’s affected.  She is completely there, every inch of her, and you feel her joy, pain, loss and excitement. The world is harsh but when she’s cooking,  that’s a part of her that no one can change or manipulate.

I feel that way.  When I’m painting or drawing,  everything disappears.  It’s  just me and the paint. Like the soup,   I don’t worry about bills, family or friend drama,  what people think.  If there is chaos, I put out the fires the best I can and then go back to my painting.  I work at my skills every day, because it’s the one place that’s safe. The painting envelopes me.  I savor the steps.  If someone loves it and shows it, great.   Then I have created something that can open a dialogue.  If it sells and ends up in a loving home, then I am honored.  If it’s written about, that’s another gift.  But sometimes it sits quietly in the studio, and that’s fine too.   Maybe it’s a stepping stone to the next series.  What ever it is, I feel grateful for that urge to make stuff. And I love to see others create and have successes. Because their success is my success.  Great energy affects everyone. 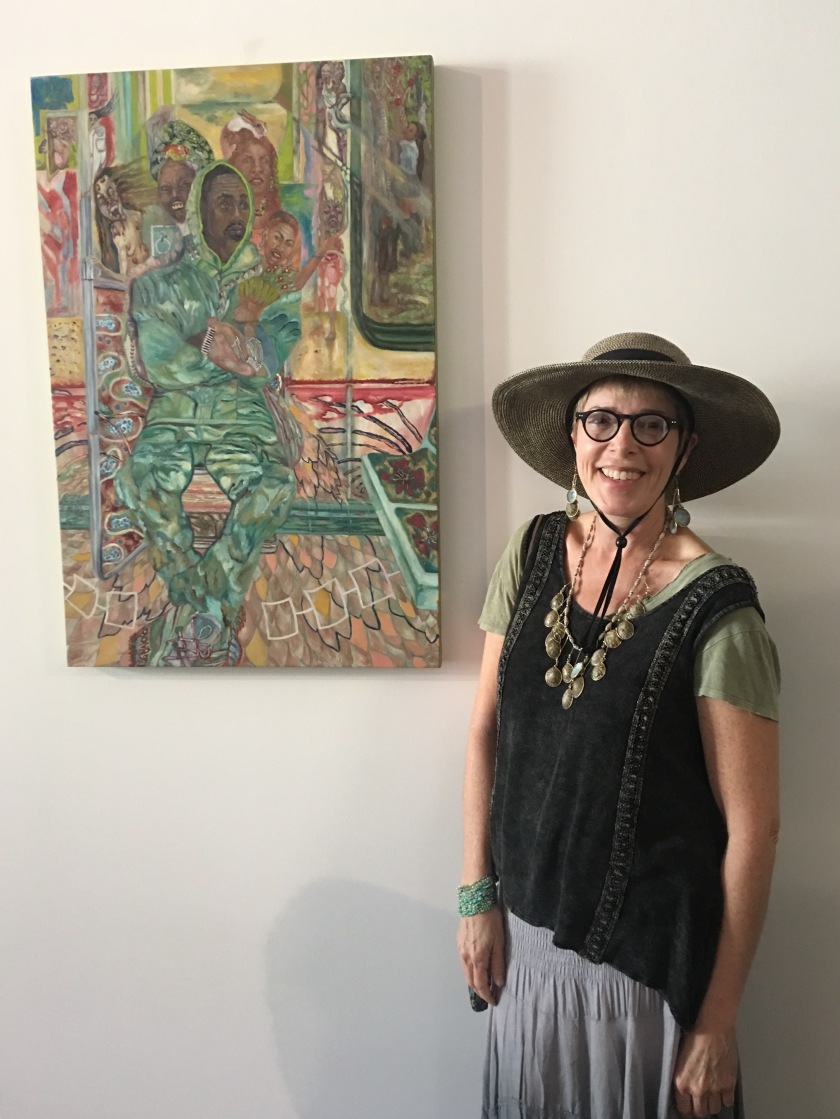 I am a Los Angeles native. Really! Born in DTLA! My works lead the viewer into a dialogue about the connections and differences between people in contemporary times. The rich cultural diversity inspires me to look at the sometimes momentary but intense relationships experienced by people passing through or living in the urban environment. I am a metro queen, riding the rails and using my countless sketches and photographs for painterly portraits of people and creatures in an urban milieu. View all posts by jodibonassi

4 thoughts on “Art and Soup”

This is a text widget, which allows you to add text or HTML to your sidebar. You can use them to display text, links, images, HTML, or a combination of these. Edit them in the Widget section of the Customizer.
Loading Comments...
%d bloggers like this: